A Netent jackpot is a big prize that is often shared between multiple casino sites. Every time a player makes a wager on a jackpot game, a certain part of that bet goes toward the jackpot amount (the prize will thus grow progressively). Whenever a player wins the entire sum, the prize is then reset back to zero so that it can build again.

You’ll find a bunch of different types of jackpots used in the Netent slots and other games. For example, there are small local jackpots that will build only when players are wagering on the same gambling site. Then there are the big progressive jackpots that are shared between all NetEnt casino’s and can quickly build up to millions of coins.

Many players have won big amounts of prize money, receiveing press coverage as well. A network-wide jackpot can quickly rise up to millions of euro’s/dollars and such a life changing win is big news! For example, the biggest win ever recorded was €17.8 million euro to a Finnish player who placed a bet of only 25 cents on his mobile phone at Paf.com

We will now provide more details on the slots that provide gamblers the opportunity to win a sizeable jackpot. You can either click the slot in this section to try it for free, or scroll further down to find more information on the respective game’s jackpot.

For all these games, the bet amount will influence the chance of winning a big prize. Increasing your betsize two-fold will double the chances of landing a progressive. Keep in mind that the stated RTP for these games is based on percentage returned to players minus the part of wagers that goes toward the pooled progressive.

We will now list some of Netent’s biggest jackpot games and give you a quick overview of the most important things you need to know when you start playing. Clicking the accompanying image will take you to our free-to-play pages where you can try the slots in fun-mode.

Easily Netent’s biggest and most famous jackpot is the one belonging to Mega Fortune, one of their earliest games and still a great slot that can absolutely compete with recent entries when it comes to graphics, gameplay and sound design. The biggest prize is the progressive Mega Jackpot that has payed out staggering amounts of money, including several jackpots to amounts well over 10 million Euro/Pounds. Imagine winning such a prize in a single spin! It’s not an easy feat and only a select few players have managed to do so, but all it takes is a lucky spin of the wheel and you could popping champagne!

Another great Net Entertainment slots game with a big progressive is Hall of Gods, a slot that centers around ancient Greek mythology. The game has free spins triggered by scatters, an expanding wild that can cover multiple reels and a pick&win bonus round. However, the most noteworthy feature in our opinion is the awesome jackpot that keeps paying out insane prizes of milions of euro’s.

The name Arabian Nights comes from the slot’s theme: the reels are filled with magic items from Arabia. There is a sense of mystery each time you hit the spin button and the atmospheric music really adds to the experience. The game was released by software provider Net Entertainment all the way back in 2005 and has a great jackpot feature that has paid out tons of money since then. The progressive can only be won in one way: by spinning five Arabian Nights symbols anywhere on the reels.

If you enjoyed this article, here are some suggestions for further reading:

A big jackpot just dropped at one of our top rated Netent casino’s. One lucky player from Finland was spinning the weel at ComeOn! and took home the amazing amount… 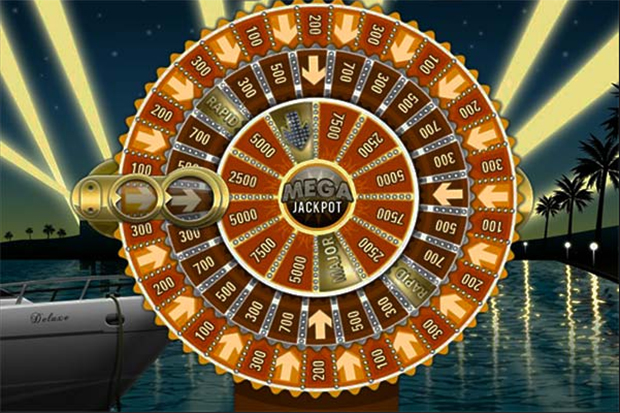 What an astonishing win! The Mega Fortune Jackpot has been hit for more than 5 million Euro’s by a very lucky winner over at LeoVegas Casino. It’s been just a…